From Circuits and Shields Wiki
Jump to: navigation, search

Jan Itor is a playable champion in Circuits and Shields. Jan is a highly mobile fighter who utilizes his trusty broom and cleaning supplies in the arena so that he can hopefully earn the respect of his newfound friends.

Like a mechanical monkey, Jan Itor leaps from rock to tree to spire in wild, carefree bounds, seemingly unaware of the destruction all around him. Blades fly, fires rage, and the raw elements of the cosmos burst apart, yet Jan scampers through them all to reach his prize: a small patch of blood splattered on the otherwise spotless battlefield. Upon reaching the stain, Jan stops and bends over (narrowly avoiding an incoming ion burst) to wipe it up. His goal complete, Jan surveys the battleground. A few meters away, a short feline creature vomits and Jan once again leaps through the maelstrom of battle towards the mound of bile. The crowd roars with laughter as Jan temporarily loses focus and a stray axe takes off his arm. With no hesitation, Jan simply picks his arm up, screws it back in, and continues cleaning right where he left off.

Jan Itor’s peculiar story, however, did not begin in the Arena. Jan was constructed as all Machina are: to serve a singular purpose. In Jan’s case, this meant cleaning and only cleaning, though Jan was certainly not unhappy about this. He blissfully marched along the paths of the citadel, eagerly searching for even the smallest mess that he could apply his talents to. Archives even tell of a cruel experiment where a Machina researcher dropped a piece of trash in the same exact spot at the same time every day. A more intelligent being might have investigated the source of the mess, but not Jan, he simply picked up the trash and moved on each day.

However, with the combination of Jan’s skill and the ever-efficient Machina race, the Citadel became far too clean. Jan’s days turned dull and he pondered if there was really anything else to life than being really ridiculously good at cleaning? With the answer to that question a prompt no, Jan took matters into his own hands and began making messes himself. While the first few were innocuous enough; Jan began to delight in the artistry of mess making. After all, the bigger the mess, the more to clean.

This was not the first time a Machina’s obsession had led to adverse results and so the Machina council gathered. Not wanting to destroy Jan for simply executing his programmed tasks, the council elected to set a trap: A trail of small messes leading outside the city to a remote area where Jan could clean without disturbing others. A simple trap for a simple mind.

The trap was set and Jan predictably perked up, temporarily distracted from his madness by the trail of filth. He sprayed and scrubbed, delighting in each spotless speck of tile he left behind. Soon, he found himself so far from his home, the city’s massive skyline had disappeared from sight. When the trail of messes had ended, Jan spotted a golden glimmer in a nearby field and quickly rushed to it. He began to polish the source of the glimmer, aiming to remove even the smallest blemish, but as he continued, the device’s glow brightened, finally peaking in a small explosion that swallowed up Jan.

Jan awoke to the sight of blood and the sound of cheers, though the cheers gave way to confusion when the crowd took notice of Jan fumbling about the whirlwind of combat. The crowd erupted in laughter as Jan ignored the heated battle and began to quietly sweep up the ash and grime layered from countless battles.

Spectators grew to love the mechanical mess-mender, adoring his fixation on cleaning up blood rather than spilling it. Considering how much dirtier this world was compared to his old one, Jan developed a similar love for his new home. His happiness made the days fly by until he soon forgot his homeworld altogether. That is until one day, Jan journeyed along with his newfound friends into the city square, hearing whispers of the “Day of Rebirth”. As he passed the time sweeping up the trash in the corners of the massive courtyard, a portal appeared. Out of it stepped an entity that bore a shocking resemblance to Jan himself: another Machina.

This towering machine’s eyes surveyed this new world and soon came upon a familiar sight, “...Jan? No, not you! NOT YOU!”

Such a MessPassive' Range
Whenever an allied or enemy champion within 1000 range of Jan (and he is visible) takes 20% of their maximum health in damage within 5 seconds, a “spill” is spawns from them in a random direction that Jan can walk over to clean, granting “Cleaning Spree”, a stacking movement speed (5% per stack) and attack damage (10% of base AD per stack) that lasts for 5 seconds (10 stacks max).

Q
Somersault SlamUnit Target700 Range
10 second cooldown 50 Mana cost
Jan leaps into the air and brings the full force of his broom down onto the target, dealing Physical damage in a horizontal line.
DAMAGE: 100 + (50% of Strike Damage)
• Somersault Slam deals damage directly to the unit targeted and to the left and right of that target, forming a line with the unit targeted as it's center point.

W
Wet FloorLocation Target1000 Range
15 second cooldown 60 Mana cost
Jan throws out a small device that lodges itself into the ground. After a .5 second arm time, any enemy unit that comes into contact around the mine will detonate it, creating a medium-sized AoE of cleaning fluids that significantly slows enemies. The Wet floor devices disappear if not triggered after 45 seconds.
SLOW: 60% of movement speed

E
Clean SweepLine Skillshot (Chargeable)1000 Range
15 second cooldown 60 Mana cost
Jan begins charging his sweeper as he pulls it back in a focused motion. Jan may release the ability at any time or at the max charge time (2 seconds), causing him to dash forward and extend his sweeper in his current direction, carrying any targets he hits with him as he completes his dash. Enemies hit by Jan during the dash are momentarily stunned and then have their movement speed reduced by 75% while being pushed, but can escape from the push. Enemies pushed over a Wet Floor area are knocked down for 1 second.
DAMAGE: 150 + (20% of Strike Damage)

R
The Washing MachineLine Skillshot1000 Range
15 second cooldown 60 Mana cost
Jan pulls out his trusty floor buffer, mounting it and accelerating a short distance in the target direction. If Jan does not come in contact with a spill, he stops at the end of the distance, and turns toward the nearest one in range. Once Jan reaches a spill, the machine stops and turns quickly towards the next closest spill. If there is no spill in range, Jan automatically dismounts. Each spill Jan cleans while on the machine increases it’s speed and damage by 5%, up to 5 stacks. Colliding with enemies deals X damage and pushes them away slightly. The machine runs on “Steam” which slowly ticks down 20 Steam every .5 seconds as Jan is riding it (It starts at 100 Steam).. Anytime Jan cleans a spill, 10 Steam is added (Jan also gets the passive stacks for each one he cleans). While on the machine, Jan’s 3 base spells (Q, W, E) are replaced with the ability to make his own spill (location target), which has two charges. Jan can dismount the machine at any time by pushing R again, or will automatically dismount once he cleans 5 spills or Steam reaches 0.
DAMAGE: 200
STUN: .1 second 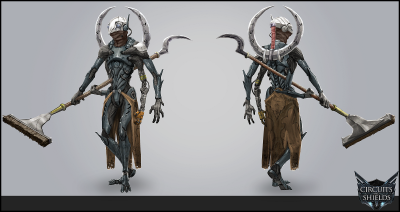